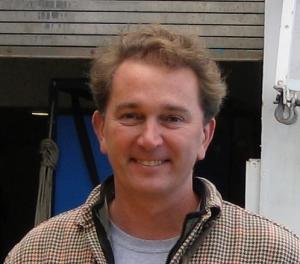 Research:  Our lab’s research focus is on tectonic plate boundaries and hotspots, where we have pioneered the use of ocean bottom seismology to study earthquake and volcanic processes. We have led scientific expeditions in the Atlantic, Pacific, and Mediterranean oceans, the Galápagos Archipelago, and the Oman ophiolite. Our study sites include spreading centers (e.g., East Pacific Rise, Juan de Fuca Ridge, Mid-Atlantic Ridge), hotspots (Iceland, Galápagos), continental volcanoes (Newberry, Oregon), and more recently subduction zones (Cascadia Initiative, Santorini Volcano).  We use a wide variety of seismic methods (body and surface wave tomography, seismicity, ambient noise) and we are actively developing imaging methods for strongly heterogeneous and anisotropic media. Our research has been published widely in Nature, Science, Geology, Nature Geoscience, and specialty journals.

Applied Science: The work of the Oregon Hazards Lab represents the University of Oregon’s growing role in multi-hazards monitoring in the PNW, for which we have led a push for additional onshore and offshore earthquake monitoring stations to be incorporated into a full West Coast Earthquake Early Warning System (http://shakealert.org). We support the Oregon component of the Pacific Northwest Seismic Network (https://pnsn.org), a cooperative operation between the University of Oregon and University of Washington to monitor earthquake and volcanic activity in the Pacific Northwest. We are members of the ALERTWildfire constortium and we are leading the expansion of the wildfire camera network throughout the PNW.