The University of Oregon has a long tradition of research on fossils and the evolution of life dating back to Thomas Condon, foundation professor of Sciences in the original 1876 faculty of six. Fossil horses he collected in Oregon were influential ammunition for Thomas Huxley during his visit to American collections in 1876, as material evidence for Darwin’s theory of evolution. The Condon Collection here at the University of Oregon has now been greatly expanded, most notably by Arnold Shotwell, and was ranked 13th in the nation in size and scientific importance by a 1977 NSF-sponsored survey. Work on fossil mammals continues to be a strength, with emphasis on small mammals and artiodactyls, as well as the study of fossil plants and soils. Fieldwork is currently active in Oregon, Nevada, California, Antarctica, Argentina, and Australia. 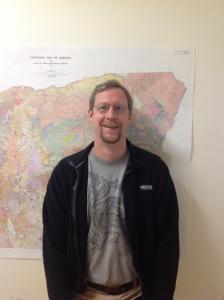 Edward Davis is interested in the evolution and development of headgear in ruminant artiodactyls, changes in macroecology over time, and conservation paleobiology. Recently, Edward has described rare specimens of a Late Miocene field cat found in eastern Oregon and ankle bone variations in two species of pronghorn antelope from the Late Miocene fossil site, Thousand Creek, in Nevada. His current work focuses on the origin and evolution of horns and antlers on bovids, cervids, and giraffids. 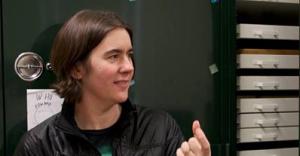 Samantha Hopkins is primarily interested in examining paleoecology in the Oligo-Miocene of Oregon through the lens of rodent biostratigraphy. Current research activities include studying the levers in arms, legs, and heads of small mammals to understand the evolution of digging behaviours in these animals and investigating Late-Miocene evolution of dogs by describing canine fossils found in southeast Oregon’s Juntura Formation.