Welcome to our newest cohort of graduate students!  Read on to get to know them a bit better.

Maryn Sanders grew up in rural Northern California and attended a local community college where she was first exposed to the geosciences. She later transferred to UC Berkeley where she graduated with a B.A. in Geophysics. Maryn soon found her passion in geomorphology and completed an honors thesis comparing two shallow landsliding events. She used lidar and high-resolution rainfall data to understand why these events occurred at the same field site just two years apart under similar storm conditions. After graduating, she started as a research assistant for the Eel River Critical Zone Observatory where she learned the importance of integrating multiple fields of science to successfully studying natural systems. She also collected data on deep groundwater dynamics, installed soil moisture sensors and data loggers, and started a project analyzing soil water stable isotopes. At UO, she'll be joining Josh Roering's group and is so excited to continue researching hillslope processes. When she’s not working, ​you'll find her hanging out with her cat Buddy, convincing others to help her with a crossword, yoga-ing, or exploring Oregon. 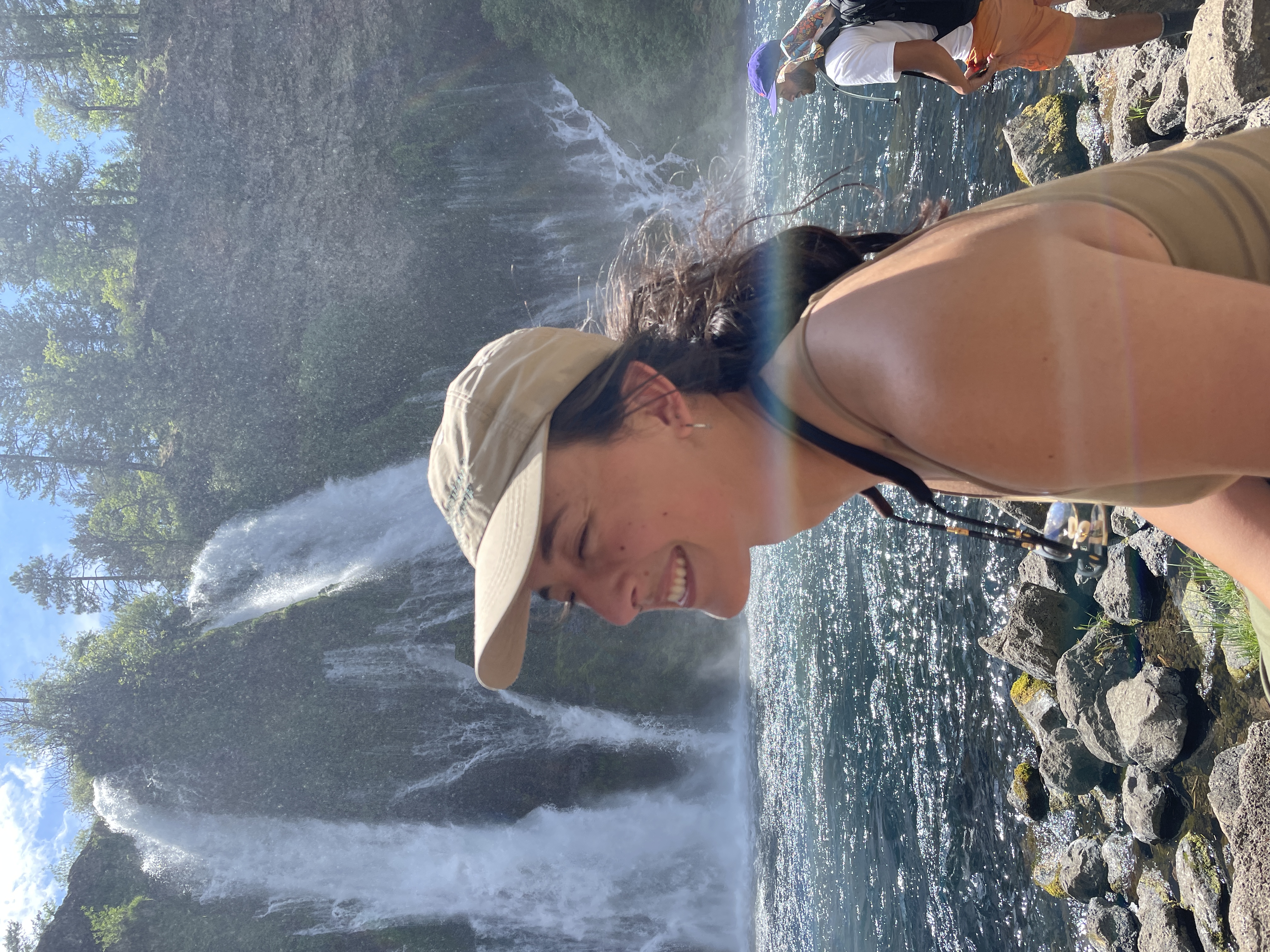 Asif Ashraf is originally from Bangladesh where he did his undergrad in Geology at University of Dhaka. In his senior years, he started to focus more on geophysics. After he finished his bachelor degree, he started a geophysics project in Bangladesh which involved resistivity tomography. He began his master's study at University of Nebraska-Lincoln at Fall 2019. Although Asif was involved in several geophysics projects, his main focus was studying Cascadia Subduction Zone from multiple geophysical datasets. Because of his work as a TA and a research student, he was awarded as an outstanding graduate student at University of Nebraska-Lincoln. At University of Oregon, Asif will work with Dr. Emilie Hooft to develop a 3D seismic tomographic model across the Cascadia Subduction Zone. Outside of work and study, Asif loves hiking and camping in remote places. He also loves to play video games and watches movies and anime in his spare times. 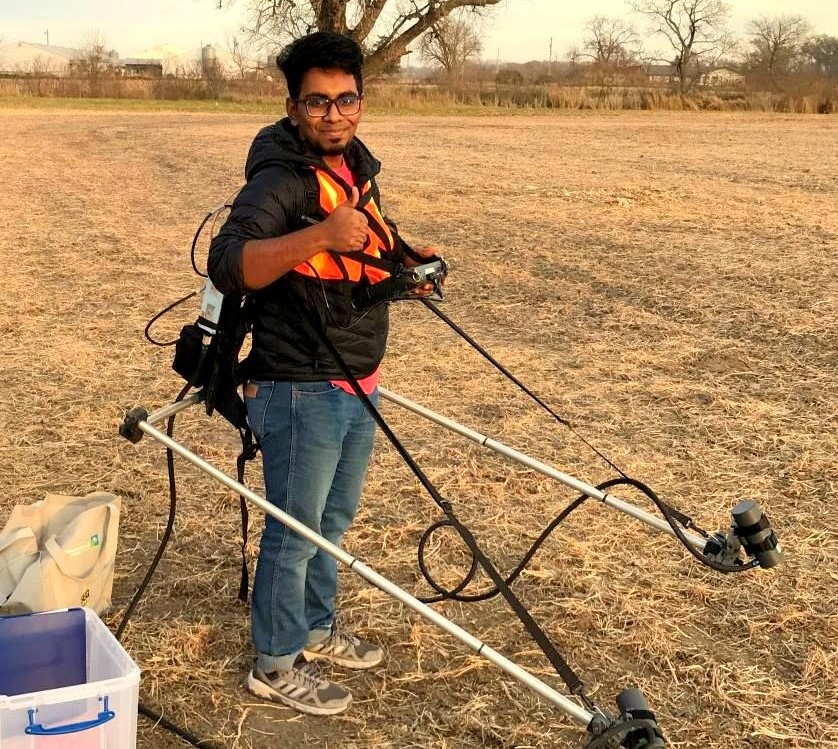 Brenton Hirao grew up near Los Angeles, CA and received his Bachelor's in Earth Sciences from UC Santa Cruz (land of the banana slugs). At UC Santa Cruz, he became interested in earthquake physics and completed a thesis in dynamically triggered slow slip events in San Juan Bautista, CA. He is stoked to join Amanda Thomas' group, with whom he will be doing some machine learning detection of low frequency earthquakes in California. When not working, he enjoys backpacking, cycling, and listening to dumb comedy podcasts. 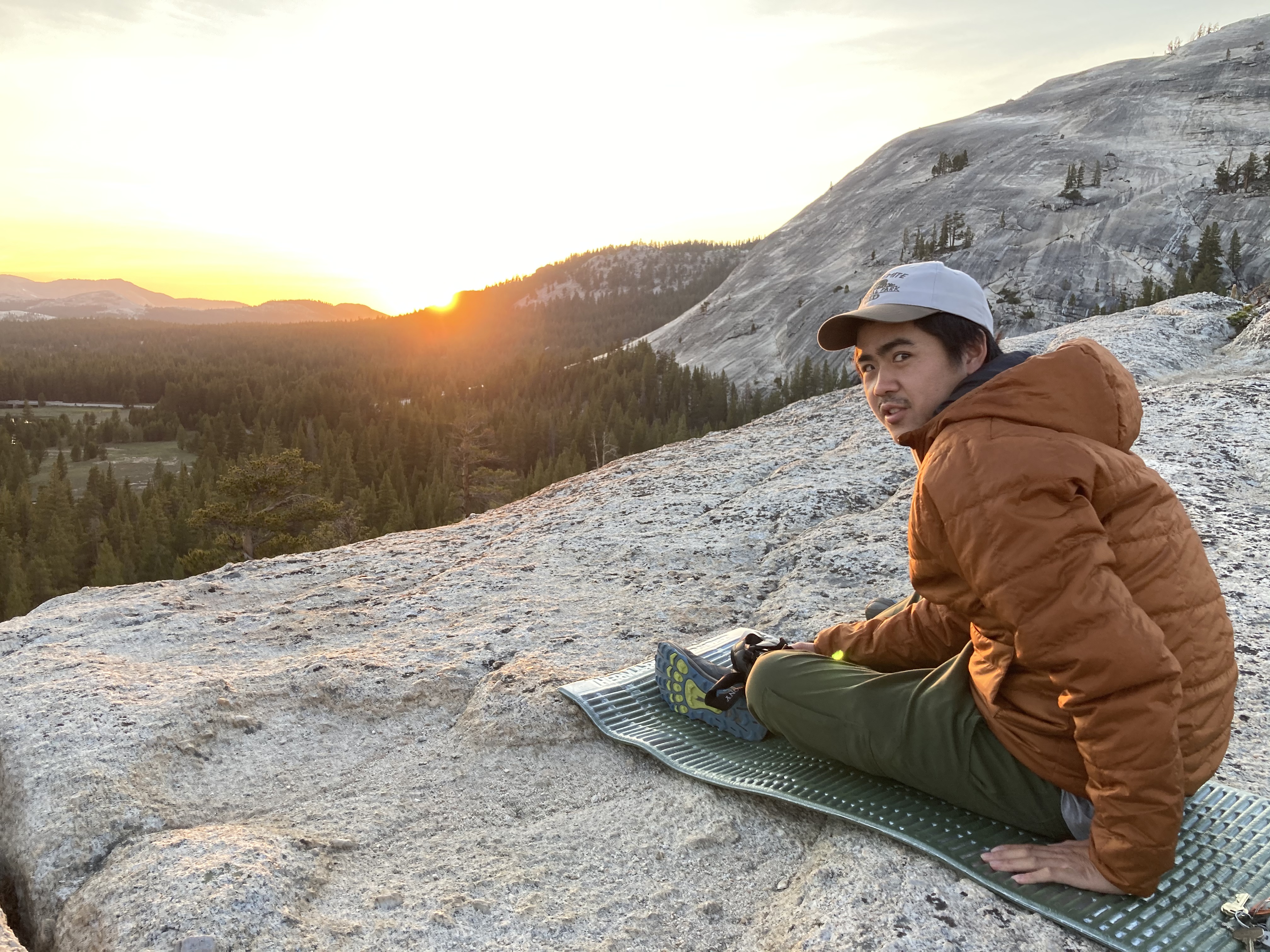 Beck Hufstetler: I’m from Rome, Georgia, and attended the University of Georgia to get a B.S. in physics with a minor in geology. In undergrad, I did research with the US array mapping the structure of the lithosphere across the northeastern Appalachian Mountains. I’m so excited to study magma transport under Emilie Hooft, where we’ll be imaging the Santorini volcano! I have a love of volcanoes stemming from my time reaching the summit of Mount Kilimanjaro, and having hiked Mount Vesuvius and the Santorini volcano since then. In my free time I enjoy hiking, gardening, and cooking. 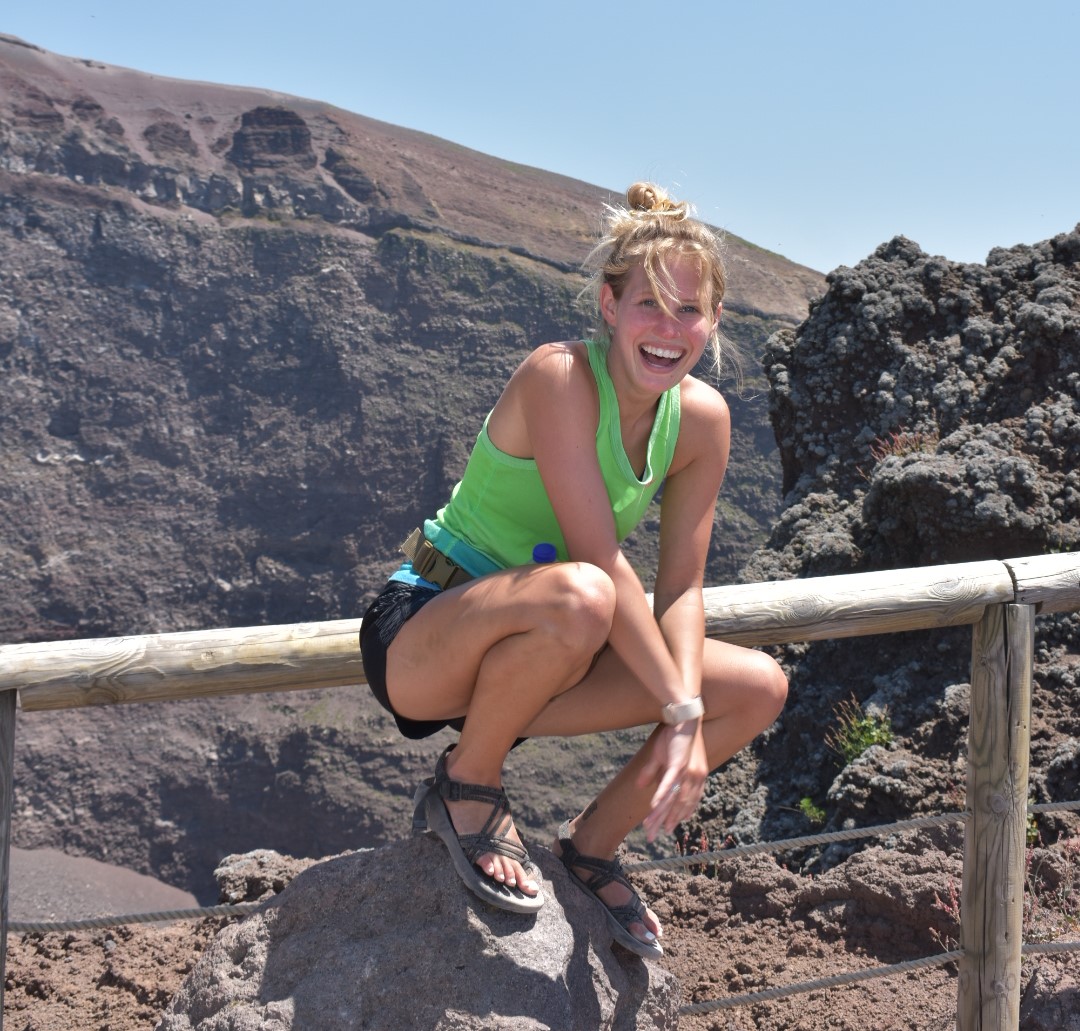 Justin Krier grew up in Denver, Colorado and joined the Marine Corps straight out of high school. He spent his five years of service in California and deployed overseas before beginning his undergraduate degree at University of Utah. While an undergrad, he researched structures of earth's core mantle boundary and worked to publish his first paper. He has also worked at the John Hopkins University Applied Physics Laboratory where he conducted research on Enceladus, one of Saturn's moons. When he isn't doing research, he can usually be found rock climbing, hunting, adventuring with his dogs, or exploring other planes while playing Magic: The Gathering or other realms while playing Dungeons and Dragons. 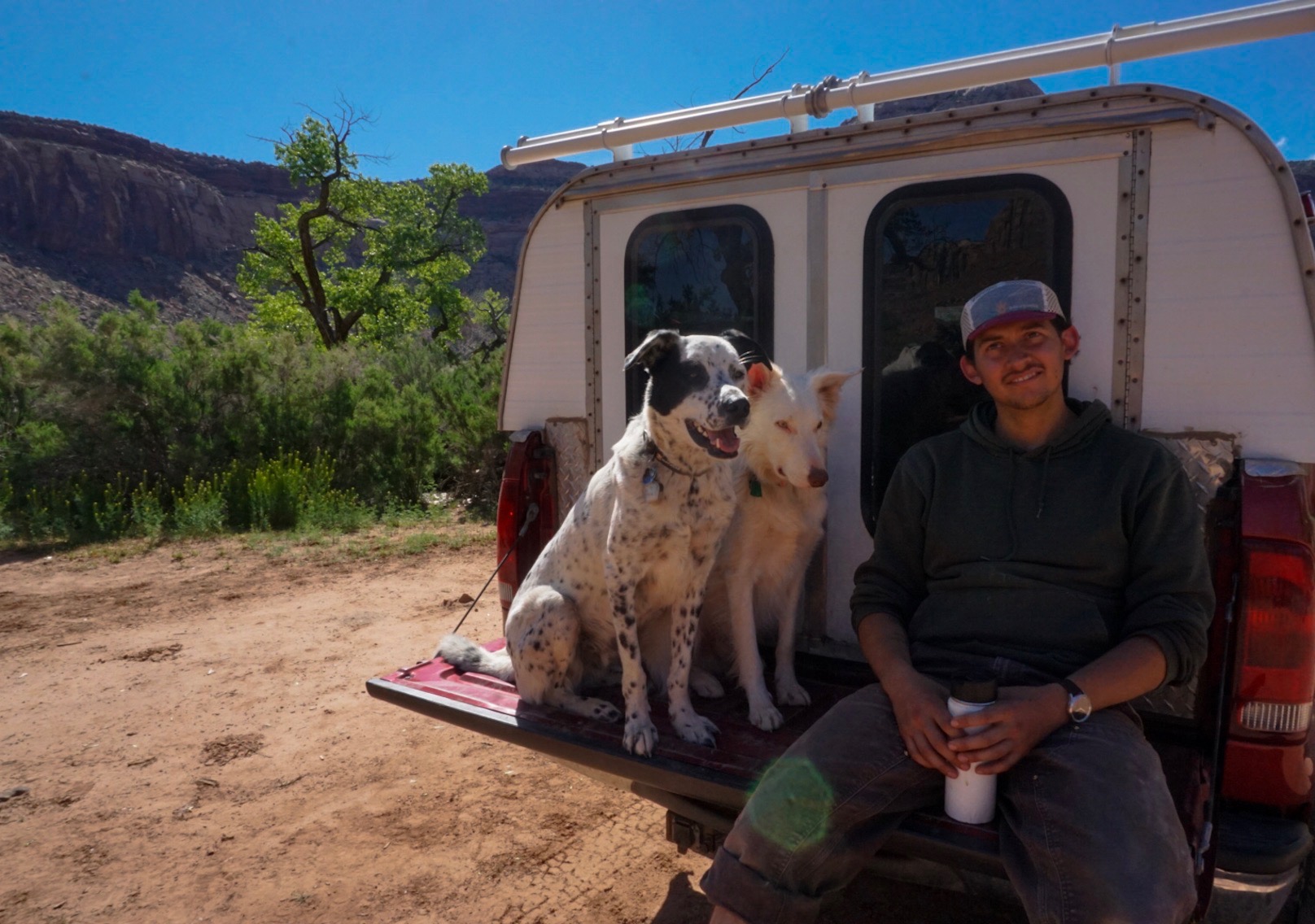 Rudi Lien: I am originally from Rochester, Minnesota but spent the past four years in Bozeman, Montana working towards my undergraduate degree in Geology with minors in Physics and Mathematics at Montana State University. In that time, I developed my interest in planetary science and had the opportunity to study fracture hazards in Europa’s ice shell via numerical modeling. I will be working with Dr. Joe Dufek at the University of Oregon to apply what I’ve learned about fracture mechanics to magmatic systems on Earth and throughout the solar system. In both Minnesota and Montana, I enjoyed spending my free time outdoors by hiking, rock climbing, camping, and skiing, so I’m looking forward to exploring new areas and outdoor activities throughout Oregon starting this fall. 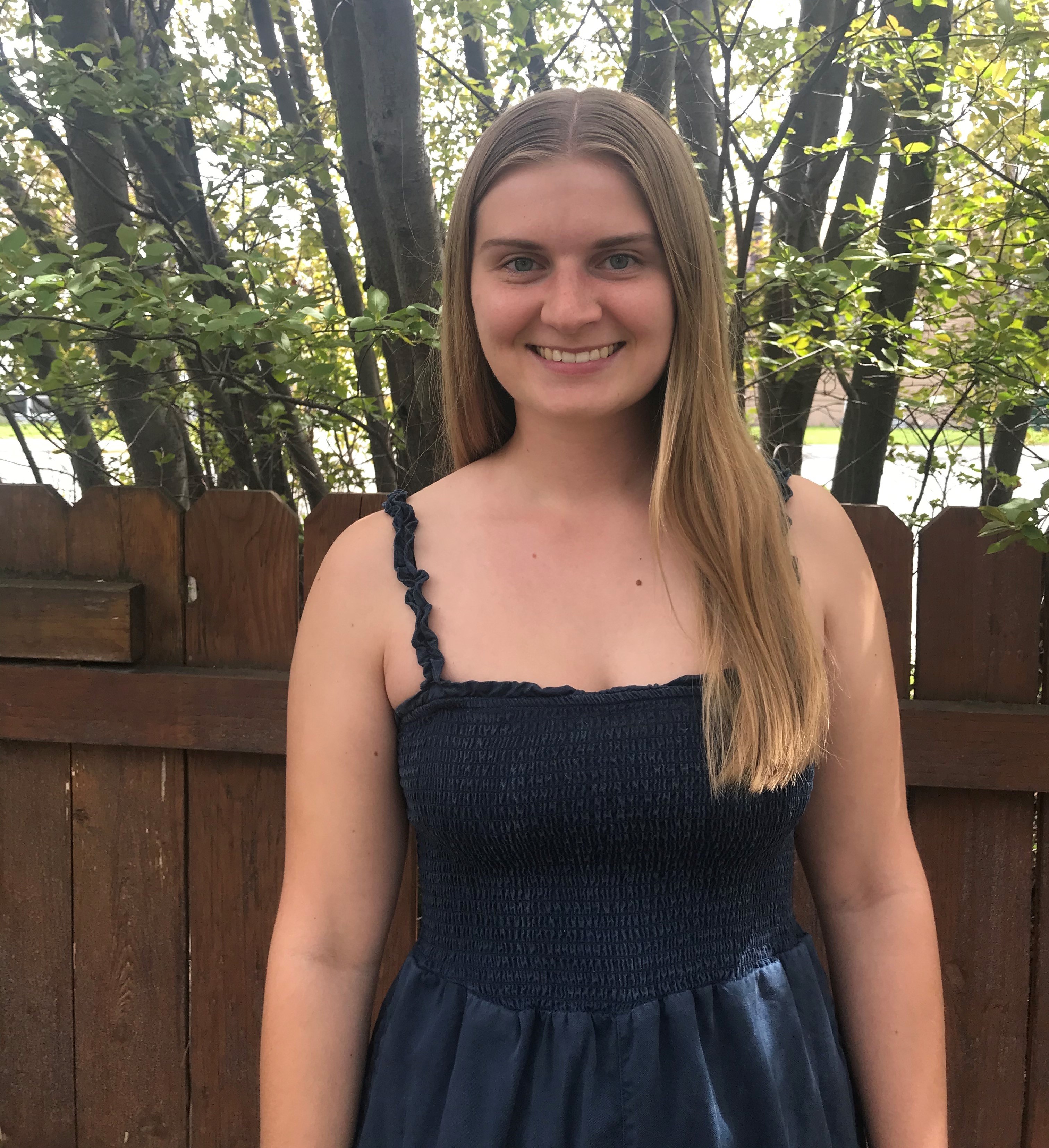 Originally from the small town of Decatur, Michigan, Jon Sheppard traveled to the East Coast for higher education. He started at Sarah Lawrence College and entered Columbia University through the Combined Plan 3-2 program. He received a degree in arts from the former, and a degree in applied physics from the latter. He has been working with Meredith Nettles and Göran Ekström on the Global Centroid-Moment-Tensor (CMT) Project, renewing the older catalog entries with updated methods and modern Earth models. His research interests include natural disasters and emergency responses, remote sensing, and solid earth dynamics. In his free time, he enjoys doting on his dog, Tip, consuming media in all forms, exploring new hiking trails, and cooking 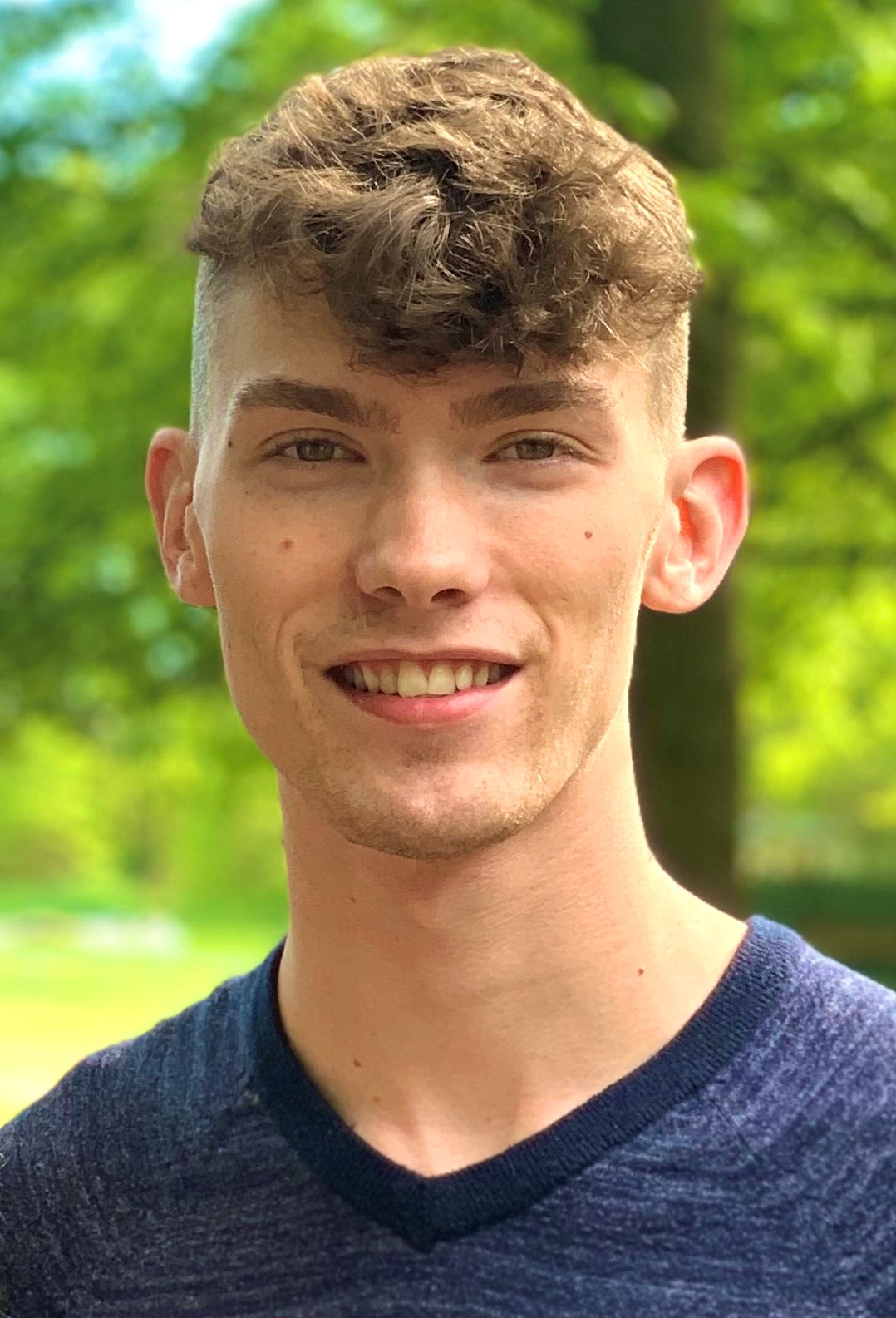 Margarita Solares is from San Juan, Puerto Rico. She started her undergraduate studies in geography. Curious about Earth processes, she continued her graduate studies in geology and obtained her M.Sc. in Geology from the University of Puerto Rico. Her thesis project focused on active tectonics and GPS geodesy to study the Puerto Rico and Virgin Islands block. After graduation, she began working at the Puerto Rico Seismic Network as a research assistant. To her surprise, she arrived just in time to witness the most important seismic sequence in our recent history in Puerto Rico. This experience leads her to pursue her Ph.D. in search of improving the response to an earthquake. Her goal is to better understand the geological processes and natural hazards that occur in the Caribbean region. She is excited to join Diego Melgar’s research group at the UO. Also, her dog (Ñaqui) will travel with her and join this new adventure. She also enjoys exploring, eating, and watching soccer. 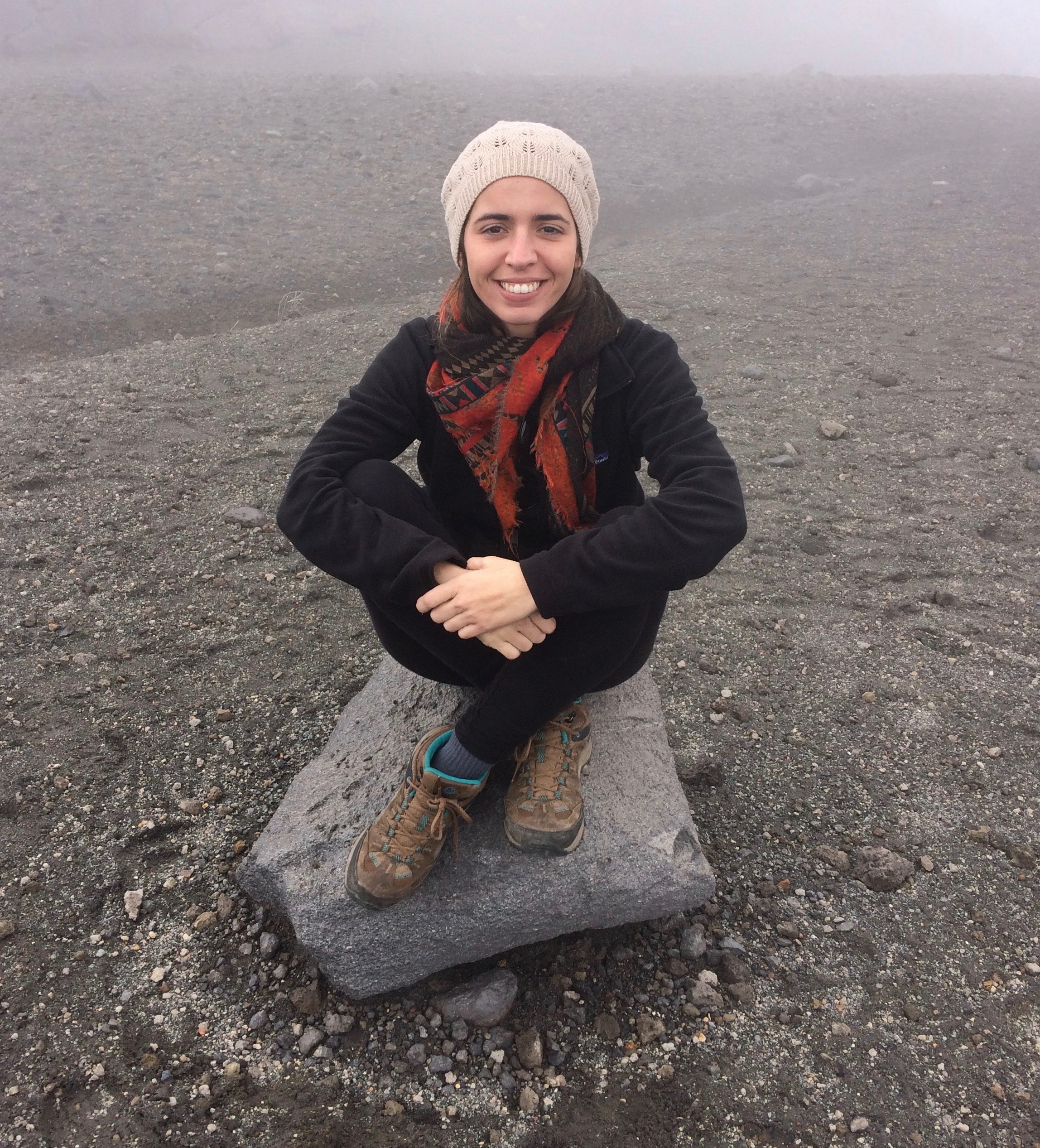 Martin Uwiringiyimana is from Kigali, Rwanda. He received a BS in Petroleum Chemistry from American University of Nigeria and a MS in Geology from China University of Petroleum-Beijing in June 2021. During his Masters in China, he worked on Assessment of Source Rocks from the Key Hydrocarbon-Bearing Basins in the West and Central Africa Rift Systems. His M.S thesis investigated hydrocarbon potential and oil to source rock correlation of the Muglad Basin, Sudan. Martin's research interest is in isotope geochemistry, and he will be focusing on oxygen and hydrogen stable isotope of shales and carbonates to better understand ancient Earth. He is so excited to join Dr. Ilya Bindeman's Stable Isotope lab. Martin enjoys most recreational activities, mountain cycling, hiking, playing and watching football. He is fascinated to undertake teaching assignments at the UO and conducting laboratory experiments in Isotope lab. 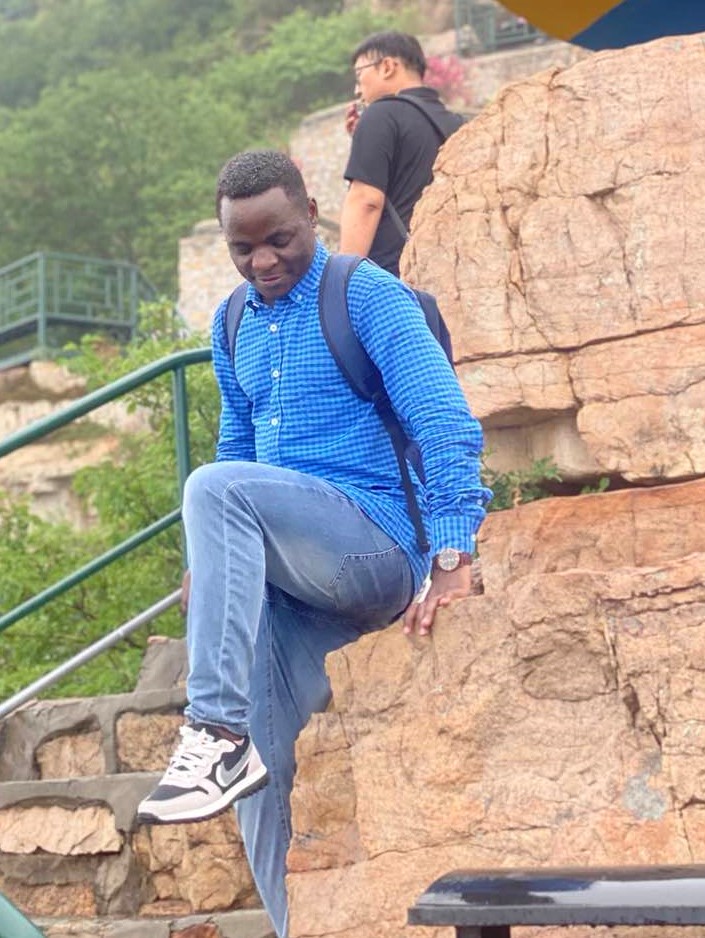