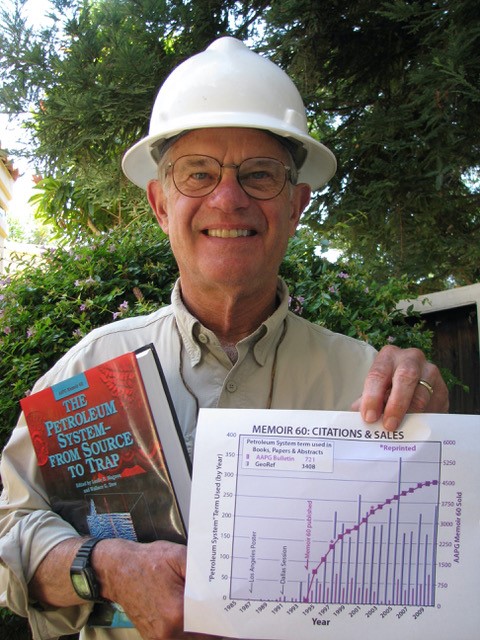 University of Oregon alumni Leslie B. Magoon has been awarded the 2021 Sidney Powers Memorial Award, the most distinguished award of the American Association of Petroleum Geologists given in recognition of distinguished and outstanding contributions to, or achievements in, petroleum geology. Magoon graduated from the University of Oregon with a Bachelor’s in Biology in 1964 and a Master’s in Geology in 1966. From starting work with the Shell Oil Company after completing his Master’s to his current work of more than three decades with the United States Geological Survey, Magoon has been a pioneer in the field of petroleum exploration geology in industry, associations, and academia. Magoon also compiled and edited “The Petroleum System: From Source to Trap” in 1994 with Wallace G. Dow, a seminal publication that is still used to this day. Magoon also serves as a professor of basin and petroleum system modeling for Stanford University’s Industrial Affiliates Program, which he helped develop and grow.

For the full article from the AAPG Explorer click here: https://explorer.aapg.org/story/articleid/61334/the-importance-of-being-gradual