Welcome to the new 2020 class of graduate students! Find out more about our new students below:

Gordon Bowman hails from the sleepy town of Boulder, CO, where he also attended the University of Colorado. While obtaining degrees in Geology and Environmental Studies, Gordon’s studies culminated into a senior project using GIS to predict slope failure in Colorado’s Front Range. After graduating, he began work as a GIS specialist for the Bureau of Land Management’s Royal Gorge Field Office, improving field data collection capabilities. Gordon is exuberant to model biogeochemical interactions with Dr. Qusheng Jin. Should you go looking for Gordon during his downtime, you can catch him out of doors mountain biking, rafting, playing all of the sports, or plucking the guitar on a rainy day. 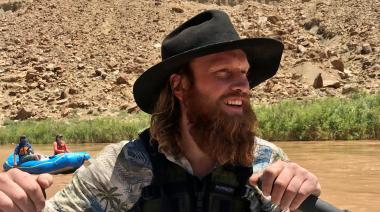 Originally from Hilo, Hawaii, Christina Cauley graduated with degrees in Geology and Anthropology from the University of Hawaii at Hilo in 2015. During her master’s at Wesleyan University, she has been working with Dr. Joop Varekamp to tease out the history of hydrothermal activity in Paulina Lake from the lake sediments. At the University of Oregon, she will be working with Dr. Paul Wallace to better understand volcanoes’ eruptive patterns through the gas composition in glass inclusions (more details to come!). After a few years traveling around the US, she is excited to be head back West to enjoy some of the best hiking out there with her pup, Lena.

Avery Conner grew up in the small town of Big Timber, Montana, where her interest in geoscience was inspired by nearby Yellowstone National Park. She graduated with a B.S. in Geoscience with an emphasis in Geophysics from the University of Utah. At the University of Utah, she studied an earthquake swarm in a remote part of east-central Utah. She is excited to continue pursuing seismology with Amanda Thomas by investigating the lahar hazard in the Cascades. In her free time, Avery enjoys playing piano, exploring mountains, reading sci-fi, and petting fluffy animals. 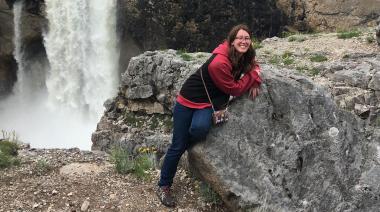 Kevin Gardner received his M.S. from the University of Oregon in 2019, where he worked on using analytical process sedimentology for reconstructing the depositional environments and paleogeography the late Miocene Bouse Formation. During his Ph.D. he will be studying tidal deposits in Baja California, Mexico as a part of the Baja GeoGenomics Consortium. Outside of academics, Kevin spends his time cycling, training Brazilian Jiu-Jitsu, and exploring the outdoors. 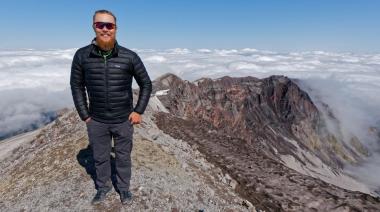 Larry Hartman is a USAF retiree, having spent 22 years working as a data analyst and senior operational manager.  At the end of his Air Force career he earned a B.S. in Electronics Engineering Tech from DeVry University followed by a B.S. in Physics from Augusta University.  After graduation from Augusta University he worked with Janus Research Group to apply machine learning technologies to agricultural water conservation efforts in the State of Georgia.  While at the UO, Larry is very excited to conduct research in applied geophysics by joining Doug Toomey’s team in the Oregon Hazards Lab, specializing in geologic early warning systems that will benefit at-risk human populations.  He enjoys hiking, biking, traveling, scenic photography, and tinkering with technology.  While in the PNW, together with his wife, he plans to explore as much of the surrounding region as time allows.   Larry’s youngest daughter will also be attending UO as an incoming freshman.

Genesee Lucia is from Lone Pine, California where she fostered a love for being outdoors. Studying the natural world was never the goal and a little bit of a deviation from the original intention of pursuing carpentry. Regardless, a series of unexpected events led her to graduate from Boise State University with a degree in geoscience and minor in applied mathematics. During her time at BSU, she conducted research aboard the RV Atlantis with Dorsey Wanless and Adam Soule – – an experience that exposed her to the possibility of graduate school. She is excited and extremely thankful for the opportunity to begin working with Leif Karlstrom and Brittany Erickson on applying numerical methods to volcanic conduits! In her free time, she enjoys tinkering with random projects, baking, and relaxing with her dog, Jilly Jessica Bean. 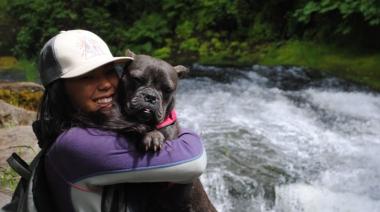 Addison Richter is a San Diego Native who has bounced around since the age of 16 living in NYC, Washington, New Zealand, Denver, Spain, Miami, and now Eugene, OR. She graduated from Whitman College with a B.A. in geology in 2017. During her time as an undergrad, she modeled the 3D kinematic structure and cross-section of the Yakima Fold and Thrust Belt and presented results at GSA 2017. After graduating, Addison worked as a junior geologist at an environmental consulting firm. During this time, she co-authored a research paper in the Journal of Structural Geology, characterizing the micro-scale damage in a flower structure located in the San Jacinto fault. She then peaced out and spent over a year traveling, living abroad, and goofing off before deciding to return to academia. She just completed a year of graduate school at the University of Miami, but decided to apply to UO, which offered more research opportunities and a larger, more diverse Earth Science Dept. She’s happy to be back in the PNW to complete a Master’s with Dr. Marli Miller where she’ll be focusing on small-scale structure to reconstruct the kinematic histories of high strain zones. Addison enjoys most outdoor activities, including skiing, kayaking, hiking, river rafting, and really long back-packing trips. She’s looking forward to supporting regional trips and helping to teach undergrads, as well as conducting research in structural geology. 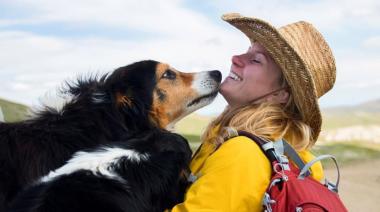 Kate Scholz grew up in Madison, WI and received a B.S. in Geophysics from Brown University. While at Brown, she started working on numerical modeling of magma reservoirs.  More specifically, she focused on the role volatiles play in the stability of shallow silicic magma reservoirs. She is excited to continue and expand upon this work under the guidance of Meredith Townsend. Visiting her grandfather in Cooke City, MT near Yellowstone every summer helped her develop a love of nature and a fascination with geology from a young age. Outside of work, you can probably find Kate hiking, cooking, doing a puzzle, or playing boardgames. 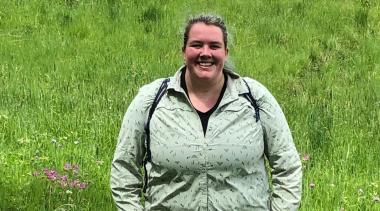 Roey Shimony grew up outside of Tel Aviv, Israel. He received his B.S. and M.S. in Earth Sciences from Ben Gurion University of the Negev in Be’er Sheva. His M.S. thesis’ main theme was to evaluate wave propagation and ground motion amplification in sedimentary basins created by the Dead Sea Transform in northern Israel using 3D numerical simulations. After graduating, he worked as a consultant geologist and supervisor for several projects at a large geotechnical company in Israel. He’s excited to move to Oregon and join Valerie Sahakian’s group at UO, where he will continue exploring his interest in seismic hazards. In his free time, he enjoys hiking, cooking, playing guitar and watching all kinds of sports. 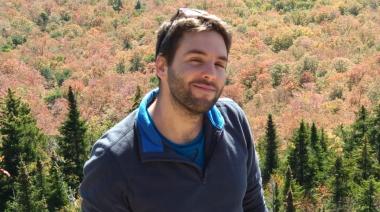 Yu-Sheng Sun received his B.S. in Earth Sciences and M.S. in Geophysics from National Central University (NCU), Taiwan (R.O.C). His thesis focused on the analysis of the tsunami hazards in Taiwan using the stochastic model. During the graduate school and three years military service in the NCU, he was involved with a number of national projects, mainly for Taiwan nuclear power plants. Besides, he studied about earthquake forecast and seismic hazard assessments to apply to daily life. He is excited to work with Diego Melgar and Amanda Thomas at the UO. His interests include eating, movies, animation, and traveling. He also loves to try new things. 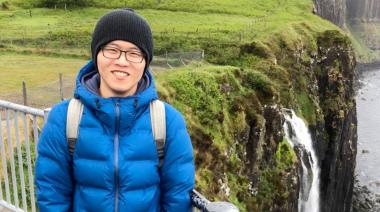