Alexander Babb graduated with a B.S. in Geology from the University of Nebraska Omaha. His undergraduate research focused on intraplate earthquakes in the region of Kansas, Nebraska, and South Dakota. He will study seismology with Amanda Thomas. Alex enjoys hiking, skiing, and time-lapse photography. 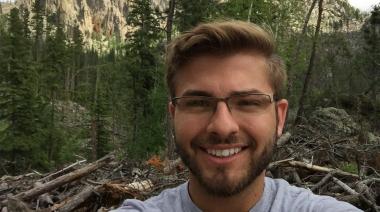 Paul Barrett earned his B.S. in Geology from Idaho State University and his M.S. in Paleontology from South Dakota School of Mines and Technology.  At the University of Oregon he will be working on his PhD while studying Carnivoran phylogeny and morphology under the guidance of Samantha Hopkins.  Paul’s past research has focused on the taxonomy and phylogeny of the Nimravidae, as well as the dental morphology of sabertooth carnivores.  In between his degrees, Paul has taught English in public and private schools in both Thailand and Japan while additionally being employed as an assistant curator for the Idaho Museum of Natural History and field paleontologist for Wind Cave National Park.  Paul’s interests include ice hockey, camping, hiking, reading, and enjoying a delicious cup of coffee. 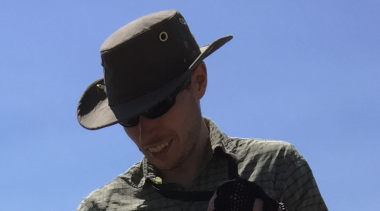 Ted Conroy graduated from University of Hawaii at Manoa with a B.S. in Global Environmental Science in 2015.  There, he developed an interest in physical oceanography and completed a thesis that investigated coral proxy data in the tropical Pacific Ocean, using a numerical model.  More recently, Ted has been volunteering with the USGS Pacific Coastal and Marine Science Center, working the with coastal change group.  This fall he will begin a Masters, working with Professor Dave Sutherland, to research coastal and estuarine dynamics in Coos Bay.  Ted enjoys surfing, hiking, climbing, and is excited to explore Oregon. 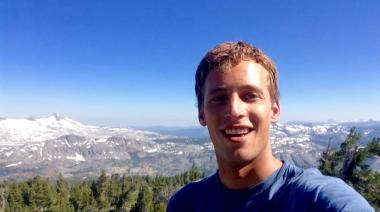 Josh Crozier obtained a B.S. in Earth Science from Rice in 2016. His primary undergraduate research involved the laboratory analysis and numerical modeling of permeable bubble networks in magmas. He has also studied in New Zealand, worked on agricultural research in North Carolina, worked on glacial geology and seismology field projects in Washington, and co-founded an image analysis startup company. Josh will be studying geophysics with Dr. Leif Karlstrom. 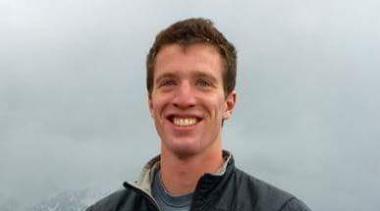 Anne Fulton graduated with a degree in Geology from Pomona College in 2015. While at Pomona, she completed a senior thesis on the geochemistry and petrology of silicic lava and welded tuff deposits on the Islands of the Four Mountains in the Aleutians. She spent an additional year at Pomona as a petrology research assistant studying skarn deposits and Mojave Desert petrology, followed by a summer interning with the gas geochemistry group at the Hawaiian Volcano Observatory. When not geologizing, Anne enjoys hiking, rock collecting, biking, and baking. She is super excited to work with Paul Wallace and the University of Oregon Volcanology team! 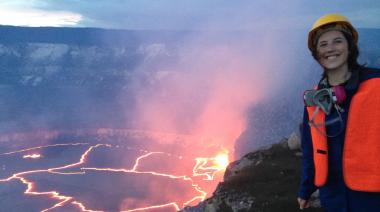 Erin Hoxsie graduated with a B.S. in Geology from Sonoma State University in 2011. After graduation, she worked for a Palladium mining company in Thunder Bay, Ontario for 2 years before taking time off to do a 4-month road trip around the western U.S. Since settling in Eugene, she decided it was time to get back on the geo-horse and is very excited to be working with Thomas Giachetti at the University of Oregon. She spends her free time camping, playing soccer, and drinking copious amounts of wine. 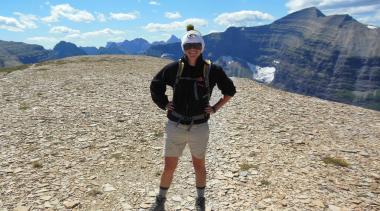 Mike Hudak, a native of Jacksonville, FL, graduated from Amherst College in 2012 with degrees in Geology and Environmental Studies where he became interested in magmatic processes during his undergraduate thesis. After spending a year doing environmental science research at Los Alamos National Laboratory, he decided to return to hard rock research at the Pennsylvania State University. He received his M.Sc. in 2016 on the structure and timescales of magma storage on the Reykjanes Peninsula in Iceland. Mike is excited join the Volcanology group at UO where he will continue exploring problems related to magma genesis in Iceland (and perhaps elsewhere) with Ilya Bindeman. 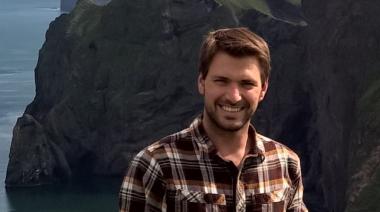 Kathy Lipshultz graduated from Colby College in Waterville, Maine as a double major in Geology and French. During her undergraduate career, she researched silicified volcanic ash deposited near the Permian-Triassic boundary in the Karoo Basin, South Africa. Her interests include geochemistry and volcanology. At the University of Oregon, she’ll be working with Thomas Giachetti to study volcanic eruptions using laboratory analyses and numerical modeling. She aspires to work in geohazard mitigation for the United States Geologic Survey. Her other interests include playing jazz soprano sax, eating (anything with cheese), and traveling. 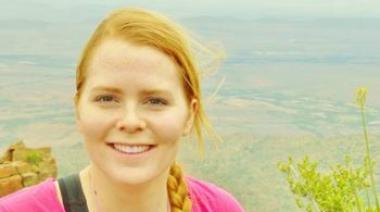 Maria Jose Marin Jarrin is a physical oceanographer from Ecuador, where she earned her B. Sc., and just finished her M. Sc. in Oceanography at the University of New Hampshire. Her thesis research is focused on the Interannual variability of upwelling on the Eastern Equatorial Pacific and its effects on the fisheries.  As an Oceanographer, she has worked in several Ecuadorian projects such as Determination of energy in Marine and Riverine areas, Characterization of the First Nautical Mile for Fisheries purposes, El Niño in Ecuador and the Pacific, etc.  She loves cooking and baking, so she will surely be filling all her office mates with ñami treats. In her free time she enjoys hiking, reading and watching movies. 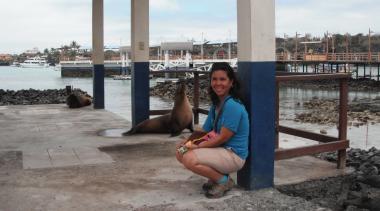 Michelle Muth graduated from Rice University in Houston, Texas with a B.S. in Earth Science in 2015. During her time there, she used piston cylinder experiments to study the behavior of carbon in in subduction zone settings. After a year working as an environmental consultant she is excited to return to research, and will be working with Paul Wallace on volatile behavior in magmas. Outside of research Michelle enjoys baking, writing, and spending time outdoors. 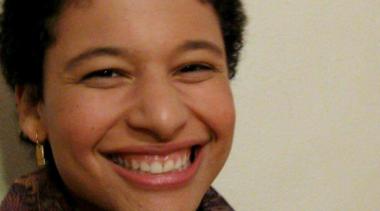 Sam Nath graduated from the University of Nebraska – Omaha with a BS in geography in 2013, and an MA in geography in 2016. His Master’s Thesis explored the relationship between soil geochemistry and the spatial distribution of anthrax bacteria in northwest Minnesota. Sam has also done research on how climate affects shale weathering in the Appalachian Mountains and southeastern Australia. Outside of academia, Sam has interned twice with the National Park Service, first at the Midwest Regional Office in Omaha, Nebraska and second at Mammoth Cave National Park in Kentucky. Sam will study surface processes and geomorphology with Josh Roering at the University of Oregon. In his free time Sam enjoys running, biking, and reading. 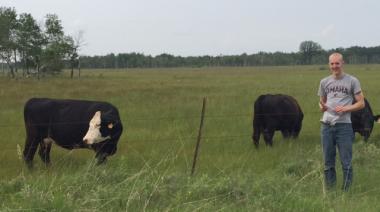 Tyler Newton graduated from University of Maryland with a B.S. in Geology in 2013. His thesis focused on the geochemical and thermodynamic properties of a Mississippi Valley-Type Lead-Zinc deposit in Virginia. He has spent the past few years working as a Geologist in the environmental consulting field. Tyler is excited to join UO and work with Amanda Thomas, studying low-frequency earthquakes. His research interests include active tectonics, seismology, earthquake hazards, and numerical modeling. Outside of geology, Tyler enjoys metalworking, backpacking, amatuer astronomy, and consuming tacos. 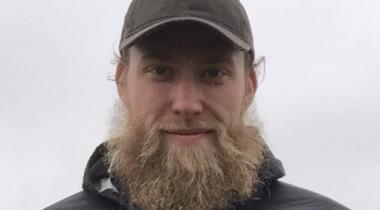 Bart Niday graduated from the University of Nevada, Reno in 2015, with a B.S. in Geological Engineering. His undergraduate thesis work investigated the causes of landslides in open pit mines. He has also worked on geophysical imaging projects in the eastern Sierra Nevada. At the University of Oregon, Bart will study geophysics with Eugene Humphreys. Outside the earth sciences, he enjoys being outdoors, cooking and eating, movies, and dogs. 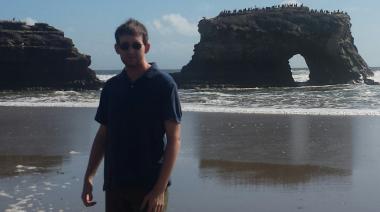 Ellen Olsen graduated with a B.S. in Geology from Western Washington University in 2015, with interests focusing on igneous and metamorphic petrology and geochemistry. Her undergraduate thesis work examined the trace element geochemistry of quartz in the Skagit migmatites of the North Cascades. Since graduation, Ellen has continued to assist with geochemical research using LA-ICP-MS and cathodoluminescence. She is excited to join James Watkins in the experimental geochemistry lab at the University of Oregon this fall. 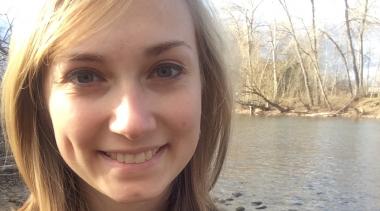 Emily Sexton graduated from Washington University in St. Louis with an A.B. in Earth and Planetary Sciences – Geophysics. While an undergrad, she did research in active source seismology, physical volcanology, and geochemistry. Born and raised outside Boston, she continues to move west to Eugene, Oregon to study earthquake seismology with Amanda Thomas.  She is particularly interested in fault mechanics, the physics behind earthquakes, and hazard mitigation. Emily also loves to travel, bike, hike, play with dogs, and golf.

Will Struble graduated from the University of Nevada, Reno with a B.S. in Geology. His senior thesis, advised by Scott McCoy, developed a new method for quantitative prediction of slip rate of normal faults, specifically the Wasatch Fault Zone, when only erosion rate, fault dip, and facet angle are known. He will be joining Josh Roering‘s research group and looks forward to addressing interesting quantitative geomorpholgoy questions, including debris flow network morphologies, coseismic landslides, and more. As a native of Lake Tahoe and the Sierra Nevada, Will loves spending most of his free time in the outdoors hiking, backpacking, skiing, and convincing others to join him! 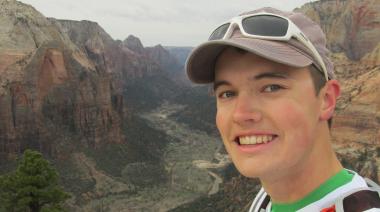