Nicole Abib graduated with a B.S. in Earth Science from Cornell University and a Masters in Environmental Management from Duke University. At the University of Oregon, she will work with David Sutherland to better understand ice-ocean interactions in a changing climate. In the past, her research has used a combination of remote sensing, geospatial analysis, and numerical modeling methods to examine issues of glacier change and water resource management. Her interest in glacial systems stems from a backpacking and sea kayaking trip in Alaska she took during high school, where she was overwhelmed by the size and beauty of the glaciers she saw. In her free time, she enjoys hiking, biking, landscape photography, and spending time with her dog, Parker. 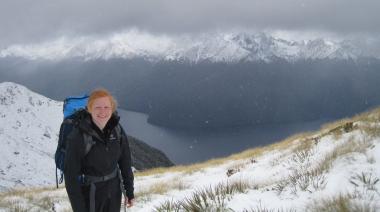 Gui Guenther Aksit graduated from Ohio University with a B.A. in Anthropology and from the University of Washington with a B.S. in Earth and Space Sciences: Geology. At UW, she researched the geological evolution of western Anatolia during the Late Cretaceous and early Paleogene through detrital zircon geochronology and sandstone petrography. After graduating, she interned at the Cascades Volcano Observatory, researching the explosive eruptive histories of Glacier Peak and Mount Rainier. Gui is thrilled to start working with Meredith Townsend on dike propagation and magmatic plumbing systems in the San Juan volcanic field. When she isn’t at the library or a coffee shop studying, Gui loves climbing, running, painting and nerding out about the latest sci-fi releases in print or on screen. 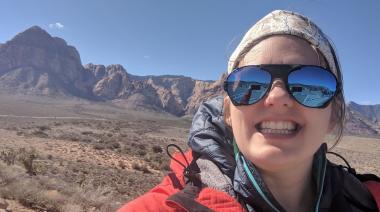 Rebecca Bussard is from Oxford, PA and received her B.S. in Physics at Penn State University. At University of Oregon, she is excited to join Estelle Chaussard‘s lab to study Mt. St. Helens’ previous eruptions using various remote sensing techniques. During her time as an undergraduate, she used satellite imagery to study the eruptive activities of various Nicaraguan volcanoes. Her research primarily focused on the persistently restless volcano Telica and analyzing the deformation that occurred during the volcano’s explosive periods in 2015. Outside of the lab, she enjoys running, baking, and making the most of her Netflix subscription. Having lived on the east coast her whole life, she’s excited to be living on the west coast for the first time. 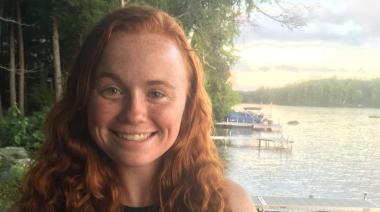 Avigyan Chatterjee grew up in the small town of Asansol in the historically famous province of Bengal in India. He received his B.S. and M.S. in Earth Sciences from one of India’s premier science research institutes, the Indian Institute of Science Education and Research Kolkata. His M.S. work revolved around exploring the mechanics behind the frequently occurring small earthquakes in the seismically complex region of Northeastern India. As part of his project work, he has been actively investigating the physics behind the large earthquakes, analysing near-field and far-field seismic data in the Japanese and Sumatran subduction zones. In continuance of his interests in earthquake source theory and numerical modeling, he will be working with Amanda Thomas starting this Fall. Outside his research work, he likes to play his acoustic guitar, read historical novels, and watch football. 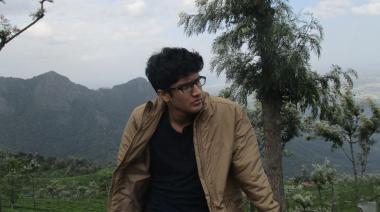 Ana Colón grew up in San Juan, Puerto Rico, and graduated in 2018 from Dartmouth College with a B.A. in Earth Sciences and Astronomy. Her undergraduate research varied greatly, from photometric observations of exoplanets, to Martian hydrology and geomorphology. After graduating, she spent the year working as a park ranger in New Mexico, mastering the skills of patience and geology communication while taking full advantage of living off the grid in the middle of the desert. At UO, she’s incredibly excited to join Meredith Townsend studying dike propagation, and trying to figure out what is going on with volcanic features on Mars. Outside research, Ana can be found climbing rocks, swimming in lakes, or being incapable of taking a decent photo. 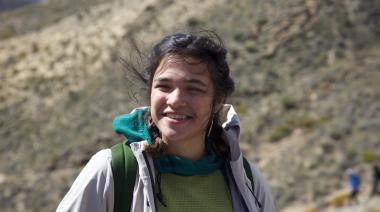 Lissie Connors is from Boston and graduated with a B.S. in Geology from Lafayette College. As an undergraduate, she studied igneous complexes in New Zealand, melt inclusion analytical methods, and accessory minerals in Icelandic rhyolites. Since then she’s worked as a park ranger in Oregon, and in science communication for a physics society (although she’s still very confused about what dark matter is). She’s excited to return to the Pacific Northwest and join Paul Wallace‘s lab, where she’ll be looking at volatiles and volcanic timescales. In her spare time, she enjoys being outdoors, petting dogs, playing the guitar, and telling corny jokes. 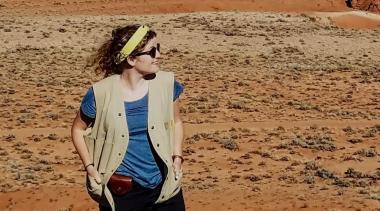 Annika Dechert graduated from Occidental College in Los Angeles, CA with a B.A. in Geology. She conducted undergraduate research working to understand gelatin model dikes in three dimensions. Annika is excited to be working with Joe Dufek to better understand the fluid dynamics involved in volcanic eruptions through a mix of experimental, computational, and field work. Her interest in volcanology stems from a goal to better understand and communicate natural hazards to local communities. Outside of research, you can find Annika hiking, hanging with friends, or showing dogs. 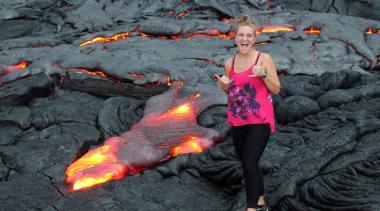 Sydney Dybing grew up outside of Seattle, WA, where her outdoor experiences encouraged her interest in natural hazards, particularly those relevant to the Pacific Northwest. She graduated from Washington University in St. Louis in 2019 with a B.A. in Geophysics. At WashU she primarily worked in a mineralogy lab, but she also spent a summer in Albuquerque, NM as an IRIS intern working at the USGS on research into wind-induced noise on seismometers. This experience solidified her desire to pursue graduate studies in geophysics, and she is very excited to start working with Diego Melgar on large earthquake research! In her free time, Sydney enjoys figure skating, playing soccer, and playing the clarinet, as well as talking about her favorite TV shows. 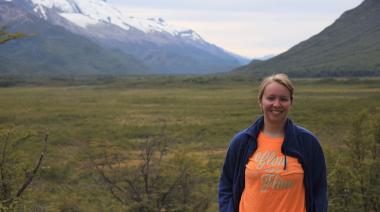 Renee Nassif graduated in Fall 2018 from the University of South Florida with a B.S. in Geology. During that time, she was fortunate enough to intern with her regional water management district and participate in faulting studies in California and Idaho. Prior to university she worked as a nuclear technician in the US Navy. She’s excited to be joining Estelle Chaussard and the TGER lab using remote sensing technology to explore the impacts of groundwater withdrawal in California’s Central Valley. In her spare time, she can be found road tripping, hiking, camping, or otherwise wandering. 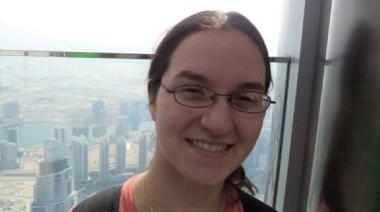 Tara Nye grew up in Social Circle, Georgia and received her B.S. in Geology and minor in Physics from Brigham Young University in 2019.  As an undergraduate, she participated in different geophysical projects, such as correlating faults with geothermal springs in Pah Tempe and calculating stress accumulation along the Sumatra Fault.  In 2018, she was an IRIS intern at the USGS and worked under Kate Allstadt modeling duration-related ground motion parameters for use in ShakeMap.  Tara has known that she wanted to go into seismology since her freshman year of college when she watched the incredibly accurate earthquake disaster movie, San Andreas.  She will be working with Valerie Sahakian at UO modeling earthquake ground motion and its relation to seismic hazards.  In her free time, Tara enjoys hiking, rock climbing, all kinds of dancing, and binge-watching Netflix. 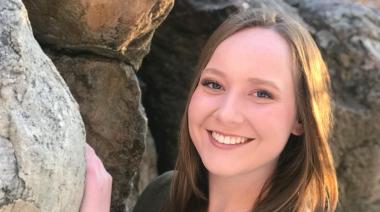 Angela Olsen grew up in San Diego and earned a B.S. in Physics and Earth Science minor from the University of California, Santa Barbara. At UCSB she participated in seismology research as well as science education research. After spending an exciting summer working on a geodynamic tectonics model, Angela quickly fostered an interest in developing models of the natural world around her. She is very excited to be working with Carol Paty at UO, building computational models and studying planetary science. In her spare time Angela enjoys musical theatre, trying to climb trees, trying new recipes, and reading Isaac Asimov books. 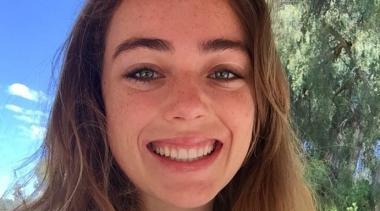 Sean Santellanes graduated from the University of Texas at Austin in 2017 with a B.S. in physics: computation. After that, he went to get his master’s in the atmospheric sciences and meteorology at Penn State -UP where he studied boundary layer organization dynamics over central Oklahoma. At the UO, Sean will be working with Diego Melgar on large earthquakes and early-warning systems for tsunamis and earthquakes. Sean enjoys running, biking, and hiking. 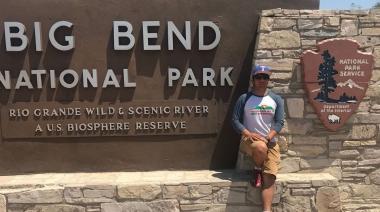 David Small has been a California boy all his life, yet is eager to make the switch to the glorious PNW! He grew up in San Diego, but earned his Bachelors of Science at the University of California, Santa Cruz. Here he was an active member of the department, conducting research on microseismicity in the southern Cascadia Subduction Zone as well as research characterizing block rotation in Red Rock Canyon in Nevada using paleomagnetism. During his undergraduate studies, he was involved in the IRIS summer internship characterizing Lithospheric anisotropy throughout Australia using receiver function analysis. Here at UO, he plans to work with Douglas Toomey and Diego Melgar to continue research in seismology. Outside of academics, he likes to spend his time doing anything to keep him moving: long walks around the city, climbing, backpacking, rollerskating, you name it! 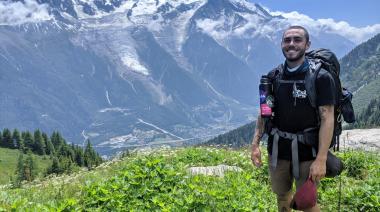 Patrick (PJ) Zrelak was raised in the Californian Eastern Sierra. He graduated from Boise State University with a Bachelor’s in Geoscience and a Minor in Applied Mathematics. PJ enjoys exercising, banging on his guitar, and being in the midst of mountains. He looks forward to working with Josef Dufek on volcanic fluid dynamics. 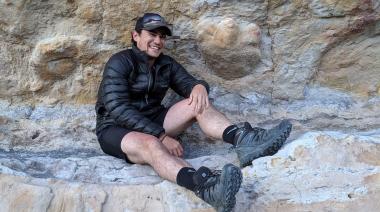