Adrian Broz received his M.S. in agriculture with a specialization in soil science at California Polytechnic State University, San Luis Obispo (Cal Poly) where he focused on nitrogen cycling in vermicompost-amended agricultural systems.  He also received a B.S. in earth science at Cal Poly where he became interested in botany, mineral surface chemistry, stream geomorphology and the mechanisms controlling bedrock terrace formation.  At UO, Adrian will be working with Greg Retallack to develop a further understanding of Martian paleosols and paleoenvironments. Further into the future, he would enjoy the opportunity to explore the chemistry of Martian soils to understand feasibility and dynamics of crop cultivation.  In his spare time Adrian enjoys reading academic papers, playing the banjo, and building surfboards. 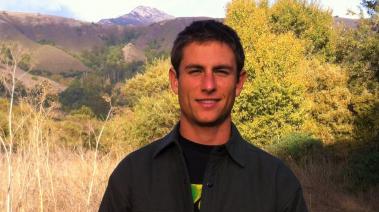 Leonard Finkelman is an assistant professor of Philosophy at Linfield College. He received his PhD in Philosophy from the City University of New York Graduate Center in 2013. Since then he has come to specialize in the emerging field of Philosophy of Paleontology, working on conceptual issues in extinction and the metaphysical background of dinosaur research.  He is working with Edward Davis on his M.S. in Paleontology.  In addition to this research, Leonard has written a number of outreach essays on a variety of topics including ethics, possible-world semantics, and human nature. He will also occasionally indulge interests in astronomy, prehistoric art, science fiction, and graphic novels. Leonard’s favorite dinosaur is Tyrannosaurus rex. He acknowledges that this is an uninteresting choice. Please pretend that he said Yutyrannus huali instead 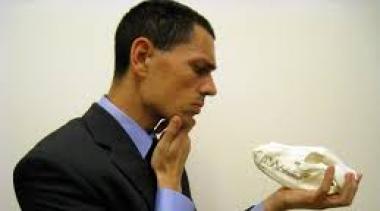 Holley Flora received her B.S. in Earth Sciences from Montana State University. Her undergraduate research focused on paleohistology, phylogenetics, and science outreach for dinosaur paleontology. She’s excited to be working with Edward Davis towards a Master’s and getting to research fossil mammals, specifically antilocaprids and their headgear. Holley likes dogs, cookies, dancing, and the outdoors. 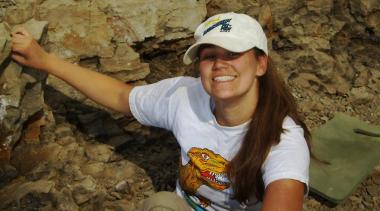 Kevin Gardner graduated with a degree in geology from Whitman College. His undergraduate thesis focused on stratigraphy of Cretaceous deltas on the North Slope of Alaska. Since finishing his undergrad thesis, his interest has shifted to understanding the formation and behavior of ancient rivers. He is excited to join Becky Dorsey in studying the formation of the Colorado River in Southern California. Apart from geology, Kevin enjoys camping, lifting weights, cooking, and discovering new music. 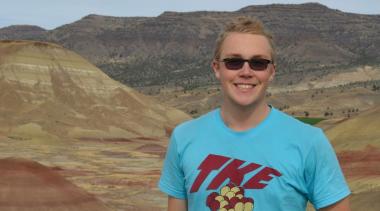 Alex Hager is originally from Minneapolis, Minnesota, and graduated in 2015 with a B.A. in Geology from Colorado College. Since graduating he has worked as a ski instructor in Colorado and as a lab technician for the geochronology and carbonate stable isotope laboratories at Princeton University. He is now changing his focus from rocks to water, and will be studying ice-ocean interaction and fjord circulation with Dave Sutherland. Alex enjoys climbing, skiing, hiking, and playing piano. 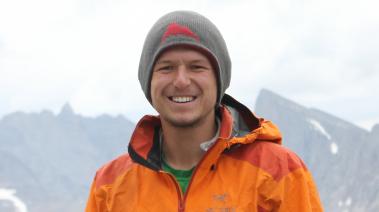 Rachel Hampton is a Colorado native from Telluride, a small ski town in the San Juan Mountains of southwest Colorado. Growing up here gave her a deep appreciation for the natural world which lead her to pursue a degree in Earth and Planetary Sciences while at Harvard University. While in college, she studied the volcanic history of the Boston area through geochronology and geochemistry. She also worked to help map the first caldera created by the eruption of the Yellowstone hotspot with the Stanford Volcanology Group. At the University of Oregon she will work with Ilya Bindeman and Leif Karlstrom to combine isotope geochemistry and modeling techniques in order to better understand magmatic systems. She is an avid marathon runner and cross country skier and cannot wait to move back to the Western United States. 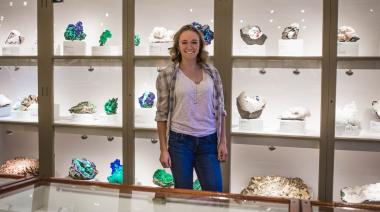 Gabrielle LaFayette (Gabbie) graduated with a B.S. in Geology from Grand Valley State University.  At the University of Oregon she will be working on her master’s degree where she would like to study the origin of contaminants in soils and groundwater with Matthew Polizzotto.  In her free time she enjoys hiking, traveling, reading, and playing basketball. 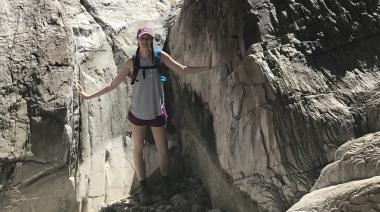 Syu-Heng Lai (Larry) graduated from the National Taiwan University with a B.S. in geosciences in 2011, and a M.S. in geoscience in 2015. His Master’s Thesis investigated the stratigraphy of fore-arc depositional sequence in the Coastal Range of Taiwan, an arc-continent collisional orogen. Larry has also done some research about the sedimentary processes of gravel beach along the east coast of Taiwan. After spending years doing military service at the Taroko National Park and research assistant at the National Taipei University of Education, he is excited to join University of Oregon and will be working with Rebecca Dorsey on sedimentary basin researches. Outside of geology, Larry enjoys hiking, backpacking, playing basketball, playing guitar and saxophone. 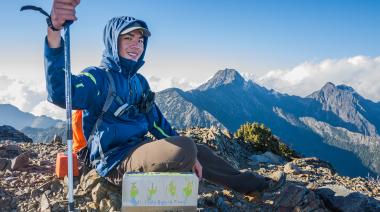 Jiun-Ting “Tim” Lin graduated from National Central University, Taiwan with a M.S. in Geophysics in 2014. His thesis focused on earthquakes source inversion and GPS data analysis. After graduation, he went to Global Seismology Lab, Academia Sinica as a research assistant working in global seismic data processing and probing upper-crust velocity changes caused by earthquakes and aseismic slip by repeating earthquake sequences. He is excited to be working with Amanda Thomas at UO, with the application of array seismology. Jiun-Ting’s interests include traveling, music, movies, and swimming. 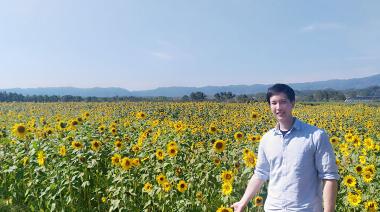 Brennah McVey, a small town Florida girl, recently completed her undergraduate journey at the Colorado School of Mines, graduating with a B. S. in Geophysical Engineering. During her time there, she worked at the USGS Geologic Hazards Center assisting in the development of a Seismogenic Landslide Database. She is joining Emilie Hooft‘s seismology group to tackle the marine seismic data acquired around Santorini Volcano. Her interests include water sports, traveling, thunderstorms, and dogs. Brennah also enjoys filing taxes, traffic, and sarcasm. 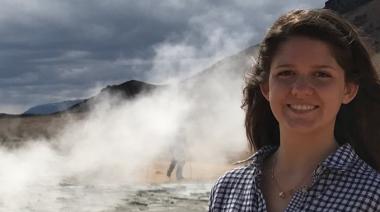 Kellum Tate graduated with a B.S. in nursing in 2008 from Harding University and worked until July of 2017 as a critical care nurse in Little Rock, Arkansas. In 2017, she graduated with a B.S. in earth sciences from the University of Arkansas at Little Rock, a degree she pursued after falling irrevocably in love with geosciences. She conducted research into the variety of Cretaceous fossil shark teeth found in Malvern, Arkansas, during her undergraduate geology work and taught geology classes at several summer camps for high school students. Her academic interests include mammalian paleontology and phylogeny, and she is currently planning to study marine mammal paleontology with Edward Davis for her doctorate work. Following graduation, Kellum plans to work as a geoscience educator (because everyone needs to know how cool rocks and fossils are). Her other interests include hiking, live music, eating delicious food, reading fantasy novels, spending all her money on traveling and mineral specimens, and finding the perfect craft brew 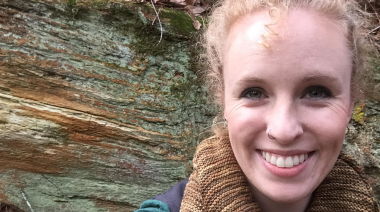 Josh Wiejaczka graduated from SUNY New Paltz with a B.S. in Geology in 2016. His undergraduate research compared the melt distribution/geometry in olivine-rich troctolites from the Krivaja-Konjuh massif (Bosnia and Herzegovina) to experimentally produced microstructures of partially molten upper mantle rocks. He is excited to join the UO volcanology group and work with Thomas Giachetti studying explosive eruption dynamics. Outside of research Josh enjoys traveling, mountain biking, rock climbing, and drone videography 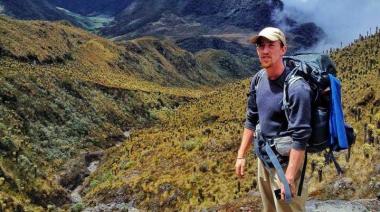 Qiong Wu graduated from Beijing Normal University of China in 2015. During her time there, she studied on the impact of climate change on water quality and aquatic ecosystem. After graduation, she worked as a research assistant in a research institute of environmental protection in Beijing. She is super excited to learn new knowledge about earth science, and will be working under the guidance of Qusheng Jin on enzyme kinetic modeling. Outside school, she likes traveling, writing, painting, and delicious food! 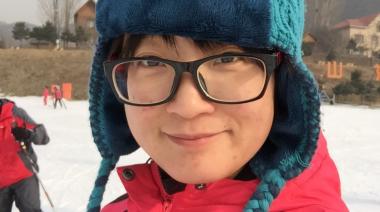